What Should I Expect Down the Road? 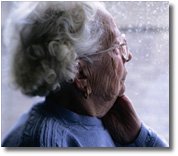 Every form of dementia has a somewhat unique set of symptoms, and each person experiences the symptoms a little differently. There are some symptoms that are primarily associated with certain dementias. It might be years before you develop these symptoms, or they might be mild at first but then gradually get worse.

Health professionals sometimes discuss dementia in “stages,” which refers to how far a person’s dementia has progressed. Defining a person’s disease stage helps physicians determine the best treatment approach and aids communication between health providers and caregivers. Sometimes the stage is simply referred to as “early stage”, “middle stage” or “late-stage” dementia, but often a more exact stage is assigned, based on a person’s symptoms.  This article discusses three scales that use stages.

The most common scale is often referred to simply as GDS or by its more formal name the Reisberg Scale. The GDS divides the disease process into seven stages based on the amount of cognitive decline. This test is most relevant for people who have Alzheimer’s disease, since some other types of dementia (i.e. frontotemporal dementia) do not always include memory loss.

The second scale is called the Functional Assessment Staging Test or by the acronym FAST. FAST also employs a seven-stage system based on level of functioning and daily activities.  However, FAST focuses more on an individual’s level of functioning and activities of daily living versus cognitive decline. Note: A person may be at a different stage cognitively (GDS stage) and functionally (FAST stage).

The Clinical Dementia Rating (CDR) scale uses a five-stage system based on cognitive (thinking) abilities and the individual’s ability to function. This scale is more commonly used in dementia research and less so as a communication tool between medical professionals and patients and their families. This is the most widely used staging system in dementia research. Here, the person with suspected dementia is evaluated by a health professional in six areas: memory, orientation, judgment and problem solving, community affairs, home and hobbies, and personal care and one of five possible stages is assigned.