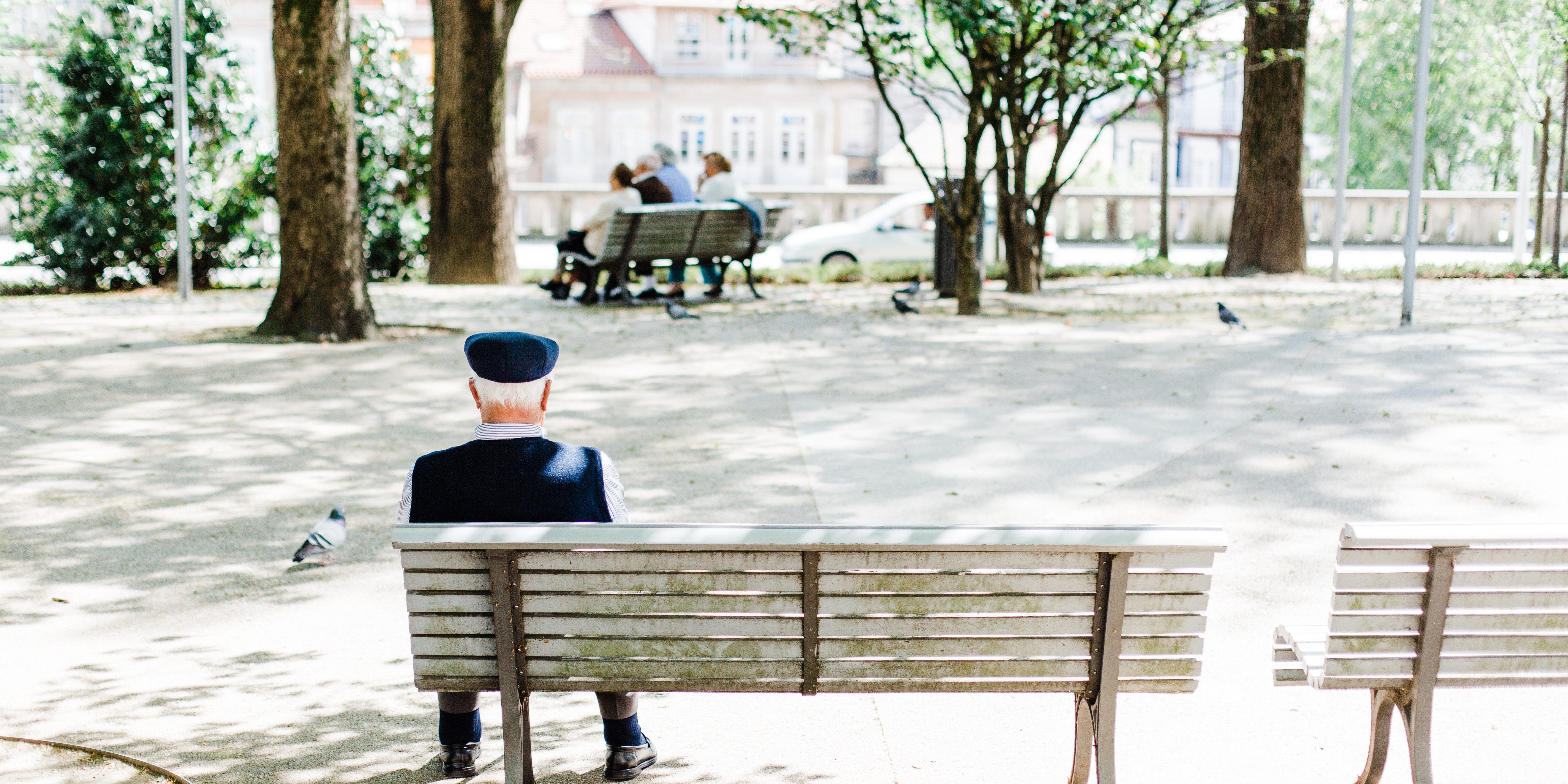 New U.S. research has found more evidence to suggest that feeling lonely may be a risk factor for dementia.

Carried out by researchers at Florida State University College of Medicine, the new study asked 12,030 participants, aged 50 and over, to report on their loneliness and social isolation.

The researchers assessed the participants’ cognitive status at the beginning of the study, and again every two years during the ten-year follow-up.

The findings, published in the Journal of Gerontology: Psychological Sciences, showed that loneliness is associated with a 40 percent increased risk of dementia.

Participants who reported feeling lonely were also likely to have several other risk factors for dementia, including diabetes, hypertension and depression, and were less likely to be physically active and more likely to smoke. However, even after taking these risks into account, loneliness still predicted dementia.

The association was found across gender, race, ethnicity, education and genetic risk, and even among those who have regular social contact with friends and family.

“We are not the first people to show that loneliness is associated with increased risk of dementia,” said

Angelina Sutin, the principal investigator on the study. “But this is by far the largest sample yet, with a long follow-up. And the population was more diverse.”

Sutin also added that loneliness can be different for different people.

“It’s a feeling that you do not fit in or do not belong with the people around you,” she explained. “You can have somebody who lives alone, who doesn’t have very much contact with people, but has enough – and that fills their internal need for socializing. So even though objectively you might think that person is socially isolated, they don’t feel lonely. The flip side is that you can be around a lot of people and be socially engaged and interactive and still feel like you don’t belong. From the outside, it looks like you have great social engagement, but the subjective feeling is that you’re not part of the group.”

The study also highlights how loneliness is one modifiable factor where intervention can help reduce dementia risk.

The Stages of Alzheimer’s: How the Disease Really Unfolds

This is what caregivers can expect from loved ones at each stage.

More than 50 million people in the world today suffer from the dementia of Alzheimer’s disease—and the number is expected to rise above nearly 152 million by 2050. So it’s important to understand the stages of Alzheimer’s and what to expect. The Functional Assessment Staging (FAST) scale, also called the Barry Reisberg scale named after the developer of the same name, is used by the Alzheimer’s Association and hospices to see when a patient could be hospice eligible, according to Jessica Zwerling, MD, MS, associate director of Montefiore Einstein Center for the Aging Brain. It helps caregivers understand what stage their loved ones are at and what to expect, she says. “Other scales also exist, but FAST is easy to use and comprehend.” Here are the stages of Alzheimer’s.

Here are six Alzheimer’s breakthroughs that give hope for the future.

Someone in the first stage of Alzheimer’s doesn’t show any overt signs or symptoms related to thinking or reasoning, according to Verna R. Porter, MD, neurologist, and director of the Alzheimer’s Disease Program at Providence Saint John’s Health Center in Santa Monica, CA. The patient appears or feels normal and healthy, but there are internal and metabolic changes happening in the body that will only appear in medical testing, Dr. Porter says. This is similar to other medical situations, like some sexually transmitted diseases, where the health issue isn’t extremely obvious. If you or a loved one are in a high-risk category for Alzheimer’s—if there is a family history of the disease and or you’re over 60-years-old—this is the time to be as proactive as possible, Sharon Roth Maguire MS, RN, GNP-BC, who serves as the Chief Clinical Quality Officer at BrightStar Care adds. “This would include getting regular exercise and good quality sleep; eating a well-balanced diet focused on lean meats, fish, poultry, fruits and vegetables, healthy oils, and limiting simple sugars such as those found in baked goods and candies; maintaining cognitive stimulation and social interaction,” she says.

The memory loss symptoms of this stage could sometimes be confused with that of a normal, aging adult. “During this stage, a person may experience slight memory loss and confusion,” adds Stacey Barcomb, education specialist for the Alzheimer’s Disease Caregiver Support Initiative. “However, they will still have the ability to make important decisions and engage in conversations.” MCI and Alzheimer’s disease do not automatically go hand in hand. Maguire says approximately 15 per cent of those with MCI are at risk for developing full-blown dementia, but this is not a given. Note, there is some disagreement amongst doctors about diagnosing patients with MCI versus Alzheimer’s disease, per the National Institute on Aging.

Stage 3: Mild dementia due to Alzheimer’s disease or early-stage Alzheimer’s

The most common symptoms of Alzheimer’s disease appear during stage three—clear, persistent, memory loss. Dr. Porter says patients with mild Alzheimer’s disease will need help with handling finances, making travel plans, or shopping for groceries to name a few. These instrumental daily activities suffer the most in the mild stages of Alzheimer’s disease, she says. Maguire notes, however, that the person with mild dementia will compensate for their memory loss or confusion to function safely in everyday life. It’s new, uncommon, or stressful events that may exacerbate symptoms revealing challenges with problem-solving. According to Barcomb, this is the time for family members or caregivers to schedule a family meeting with a physician or trained professional to discuss the diagnosis and plan for the future. This is the stage at which Alzheimer’s disease is most likely to be diagnosed, according to Mayo Clinic.

In this stage, your loved one might wander, not remember who you are, or how to care for themselves. “They have little to no independent functioning at home and can only do simple chores,” Dr. Porter says. Driving is often unsafe at this stage of the disease, Dr. Porter adds. There is also more profound memory loss—patients only retain personal details like their high school sweetheart’s nickname, but not the name of their new hairdresser. According to Maguire, this stage is most commonly depicted in TV and movies. Their mood or behaviour may change, too. “The caregiver may notice that their loved one is agitated, suspicious, or gets very upset when the caregiver leaves,” Barcomb adds. Families may need to enlist help at this stage since they can’t leave the patient alone anymore.

Stage 5: Severe dementia due to Alzheimer’s disease or late-stage Alzheimer’s

This is the last of the stages of Alzheimer’s disease. At this point, the patient has severe memory loss and can no longer judge time nor place. Dr. Porter says they also don’t have problem-solving skills and require help with all tasks of daily living: bathing, grooming, going to the bathroom, and keeping up with personal hygiene. Maguire adds that the person may no longer be able to walk or talk and will likely be fully reliant on their caregiver at this stage. At this point, it’s time to discuss hospice care and making him or her as comfortable as possible, Maguire says.

Caregivers and people with Alzheimer’s need to have open discussions.

According to Barcomb, caregivers will be able to identify differences in each stage because of the increase in behavioural changes and loss of abilities. “Caregivers should review any physical, emotional, or behavioural changes they find to be new or alarming with their physician or neurologist,” Barcomb says. Dr. Zwerling adds that Alzheimer’s disease patients, and all older adults, are also at an increased risk of malnutrition, hospitalizations, and falls. Open discussions between caregivers, patients, and doctors can empower all parties in the face of this incurable disease.